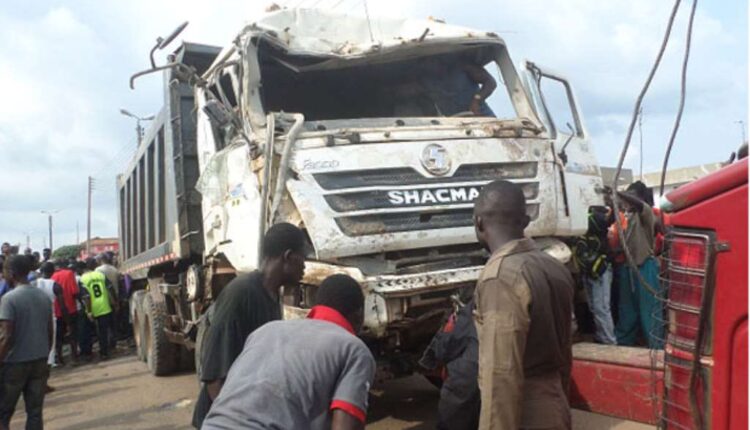 A 27-year-old tipper truck driver, Emmanuel Ackon, who crushed an 11-year-old pupil, Michael Abekah Jackson to death, has been sentenced to a fine of GH¢960 by the Ofaakor Circuit Court.

He will serve a six-month jail term in default.

Ackon, pleaded guilty to the charges of careless, inconsiderate driving and negligently causing harm when he appeared before the court presided over Ebenezer Osei Darko.

The prosecuting officer, Chief Inspector Charles Annubil, presenting the facts of the case, said the incident occurred on June 3, 2021, at Akrampa Junction near Awutu Bereku.

He said the accused person who was driving a tipper truck with the registration number GR 8763-21 with one person on board, was heading towards Akotsi from Kasoa.

On reaching the junction, the prosecutor said two school boys; the deceased and one other were crossing the road from one side to the other road.

Chief Inspector Annubil, said Ackon knocked one of them down, leaving him with a deep cut on his head, killing him instantly.

The body of the boy was conveyed to the Trauma and Specialist Hospital mortuary at Winneba for preservation and autopsy, he added.