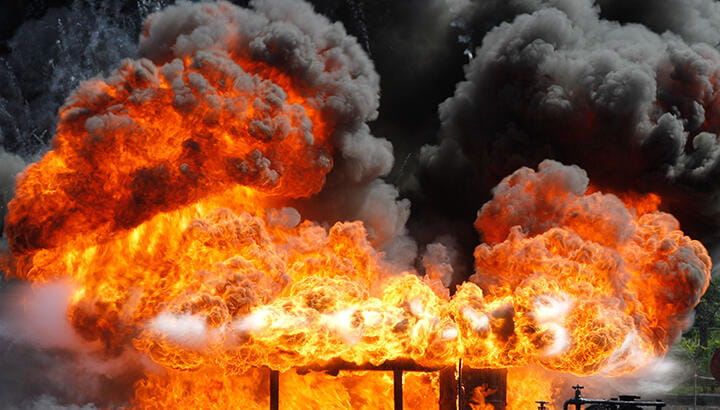 Three persons including two students of the Kwame Nkrumah University of Science and Technology (KNUST) have died following an explosion at the Juaben Oil Mills in the Ashanti Region.

Nine others sustained injuries, while four, whose condition are said to be critical were sent to the Komfo Anokye Teaching Hospital.

“The bodies have been sent to the Komfo Anokye Teaching Hospital. Two KNUST students who were both on an industrial attachment were involved,” he said.

Meanwhile, the company has attributed the explosion to a mechanical failure on one of its boilers. It has since suspended its operations till further notice.

The Supply Chain Manager Nana Yaw Serebour revealed that investigations will be done expeditiously to ascertain what really happened.

“For the past 40 years that the company has been in operation, nothing of this nature has ever happened. We’re undergoing investigations through the various statutory bodies to determine what went wrong,” he said.

Juaben Oil Mills Limited was incorporated in 1981 as an Agro Processing Company, located in the Juaben Municipality.

The company is said to deliver Agricultural Extension Services through its Agric Officers to the palm out-grower farmers who supply palm fruits to the company.

Petition Against Dr K.K Sarpong As Next Offinsohene Dropped At Manhyia Palace