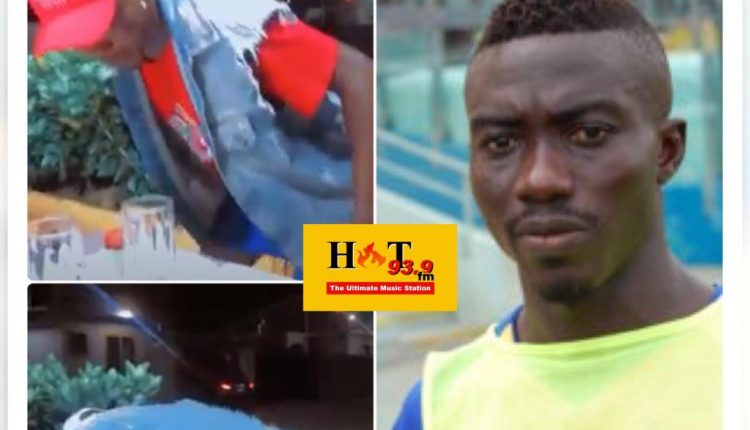 Legendary former footballer of Accra Hearts of Oak , Bernard Dada Don Bortey has been spotted dancing with former footballers of Kumasi Asante Kotoko after fans of the Accra-based Club questioned why their former player joined their bitterest rivals to celebrate their 25th league glory.

The Porcupine Warriors were officially crowned champions of the 2021/22 Ghana Premier League campaign after thumping bottom-placed Elmina Sharks by 3-0 at the Baba Yara Stadium in week 33 on Sunday, June 12.

Amongst the numerous dignitaries that joined Kotoko to celebrate their triumph in a colourful event was the former Hearts of Oak’s legendary player Don Bortey.

The Hearts of Oak’s legend was pictured  lifting up the flag of Kotoko to the fans. Bortey’s gesture has so far really created huge controversy within the footballing fraternity.

Apart from former Hearts players like Charles Taylor and Amankwaah Mireku who have expressed disgust, fans of  Hearts have also chastised Bortey over his act.

However, in a video which according to Hotfmghana.com’s checks was taken to tease the fans of Hearts, the former player is again seen dancing with former players of Kotoko.

In the video, Bortey who is clad in blue jeans verse with red top and blue pants was seen jamming to Contemporary Highlife musician, Kwabena Kwabena’s ‘Tokrom’ hit song.

He exhibited amazing ‘asorkpor’ dance moves while the former Kotoko players – notable amongst them being former GPL goal King, Eric Bekoe are seen cheering him.

Per the background song;’Tokrom’ which happens to be one of Kwabena Kwabena’s biggest hit songs and how the legendary former player of the Phobian Club exhibited his dance moves with so much excitements – clearly signifies that he is not perturbed with the backlash he has received from the fans.

Watch how he exhibited his ‘Asorkpor’ dance moves below