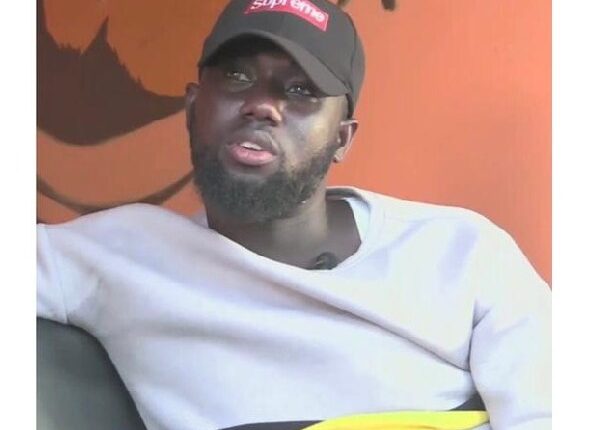 As a fresh student in a technical school, Nana Tarzan, as he is known popularly in showbiz went to school late and got punished to weed a portion of the school compound.

A senior on campus who saw this innocent first-year boy carrying out his punishment diligently approached him and asked who he was and how come he had been punished. He would later ask him to stop the weeding and go to his class.

Nana Tarzan said, they exchanged phone numbers – even though phones were banned in schools, he was part of a group of students who were using what is now known as “yam phones” in school.

He said, this senior after confronting the teacher who punished him, later warned that whenever he is punished by anybody, he shouldn’t obey.

He said, this senior who is a day student in that technical school later became his buddy on campus, they talk often, hang out and do almost everything together.

“So, one day he invited me to his residence – which is in town. When I got there, we were drinking and having fun. This senior was pampering me to my amazement. So, I was just asking myself ‘what is going on?’ He will buy me food and be checking up on me like a woman,” Nana Tarzan narrated to Arnold Mensah Elavanyo on Vibes in 5.

He indicated that this senior would not want him to be chatting or walking with his friends on campus because of how close they had become and the likeness he (the senior) showed him.

The senior invited Tarzan for the second time to a club after which they moved to his residence to spend the night.

“I didn’t know what happened [but] I woke up the next second and realized I was naked. So, I was asking myself what happened because I slept with my clothes on…

“I asked the senior, where is my dress and he said he washed it and it is on the dryline. I asked how and he responded that we had fun yesterday. What kind of fun and he [the senior] said we had sex,” he said.

Tarzan indicated that the senior stated he was the one who initiated the whole process.

“From there I came to understand him and immediately, the relationship started from there. He was the one paying my school fees at a point in time,” he added.

He indicated that, homosexuality is very spiritual because once a gay penetrates your anus, there is no way you will find a woman attractive.
“He was giving me money, treating me well…most of my friends were asking if we were gays, but I denied, even though we were.”

Nana Tarzan said, most prominent individuals within the society are involved in homosexuality. They buy their victims with money and then initiate them into it.

When asked if he used to wear diapers, Nana Tarzan responded in the affirmative, stating that, “you will get your anus damaged. I used to wear like three or four diapers a day because there is a smelly fluid that will be coming out from my bum. It is sometimes yellowish or even colourless.”

“I became sick and went to the hospital, the doctor asked what did I do and I told him I don’t know. He [the doctor] told me that if I won’t be truthful, then he was not going to treat me because what he was seeing is not what I am telling him.

“I told him I’m gay and I want to stop. He had a friend who is a pastor, he came to the hospital and prayed for me. My anus became wide through the sex. Stool was coming frequently because you wouldn’t feel anything but you will realize that you have soiled yourself. For now, my anus is normal and I have stopped wearing diapers,” Nana Tarzan narrated further.

He is of the view that the activities of homosexuals should not be legalised.

“There are actors, musicians, ministers, pastors and all kinds of people in this act. That is why President Akufo-Addo shouldn’t legalise the activities of homosexuals. If he does, we are doomed…,” Nana Tarzan advised.

Video: Celestine Donkor Reveals How She Gets 20 Songs A Day