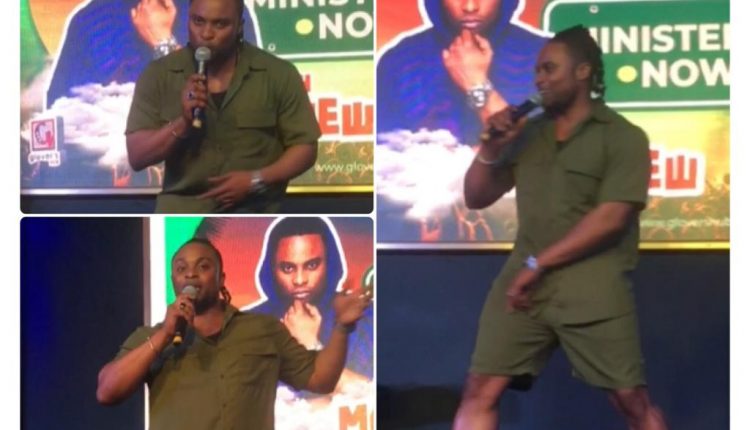 Dream doesn’t become a reality through magic but it takes hard work ,determination and sweat to achieve that fate.

This is exactly the case of multiple award-winning afro gospel musician , Joseph Matthew better known as JM, whose dreams of achieving delectable laurels in his music career through hard work paid off at the just ended 2022 Praise Concert.

Amongst all these performances, one artiste who took the auditorium by storm with a master-class performance is Joseph Matthew.

At the time when the enthusiasm in the auditorium was down, the ‘Not Alone’ hitmaker who spent 15 minutes on Stage restarted the entire ceremony with the most outstanding performance.

The peak of his unblemished performance was when he performed his newest hit track ,Blessed’. His Vocals, attitude, Style , Costuming, Microphone technique and  coordination with the band was world-Class.

JM’s performance at that time was greatly refreshing. Joseph Matthew has been a sensation ever since he released his hit song ‘Nyame Ye’. He really proved why he is currently regarded as the new King of afro gospel music in Ghana. Patrons  who spoke with RazzNews.com after the show crowned the ‘Blessed’ crooner the best performer on the night.

They applauded the organizers of the show ; Glovers Hub-A Christian Blog And Promotion Company for billing Joseph Matthew on the night.

The Aim of the Concert was to thank God for the Alice Of the Blogger and to raise funds to donate to The Princess Marie Louise Children’s Hospital.

Watch how he performed ‘Blessed’ below