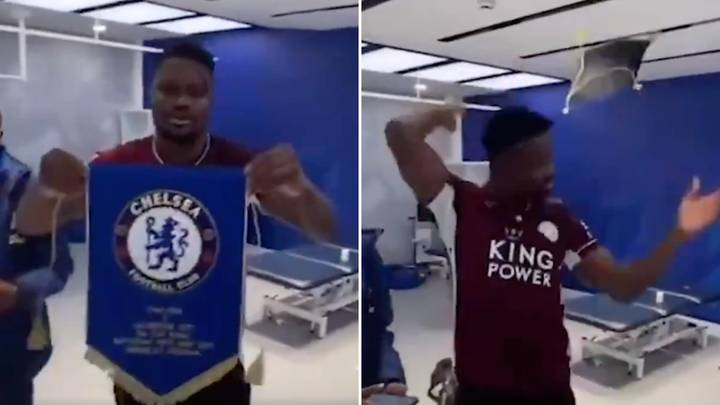 Leicester City have reportedly issued an apology to Chelsea after Daniel Amartey threw the pennant of the Blues to the floor after the FA Cup final.

In a video circulating on the internet, Amartey is seen celebrating the victory in the dressing room by picking up the Chelsea pennant and throwing it over his shoulder onto the floor.

Club pennants are exchanged by captains at the beginning of games to signify respect.

Reactions after the video emerged have mostly condemned the act by the defender calling it ‘disrespectful’.

According to Sky Sports, the Foxes have apologised to Chelsea for Amartey’s actions after their victory at Wembley and have spoken to the defender about the incident.

The Blues have reportedly accepted the apology from the Foxes, who they will take on tomorrow night in the Premier League.

The game at Stamford Bridge will be crucial in the top four race. Leicester currently sit third in the table, two points ahead of Chelsea in fourth. Whilst Liverpool are just one point behind in fifth.