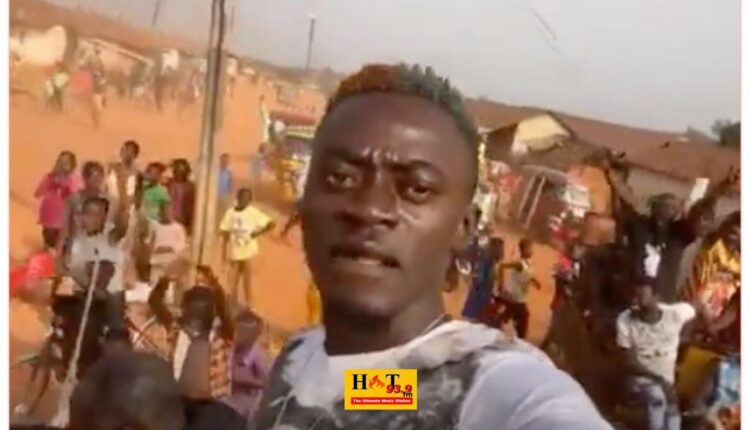 Though expected to be cheered by his fans, scenes in Dormaa in the early hours of the day were grand and unexpected. Fans of the celebrated actor gave him  a resounding welcome by shouting and chanting his name.

Banners displaying well wishes for him hung by the roadside, while many people mostly children sang his songs as his convoy  moved slowly across the town.

The sensational welcoming almost got chaotic after one of the cars in his convoy nearly crushed some of the tumultuous fans.

The much-publicised event would take place at the Benewaa Memorial guest House with Kumawood actor Papa Kumasi as the MC.

Over ten seasoned artistes are expected to perform on the night.

Watch the video below!