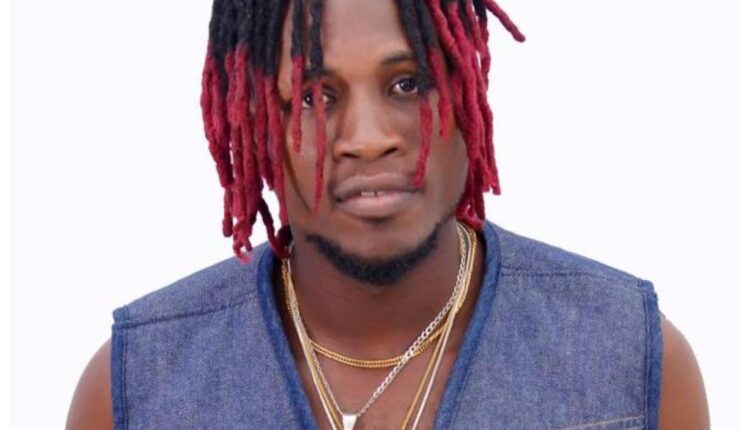 Dream doesn’t become a reality through magic but it takes hard word ,sweat and determination

This is exactly the case of budding Ghanaian Afro-pop artist, Mike Tomkie whose dreams of achieving delectable laurels in his career as a musician through hard work paid off at the maiden edition of Lotus Bar Concert.
The Loftus Bar Concert which is aimed at unearthing talents took place at the Lotus Bar auditorium at Cantoment in Accra on Friday ,October 15,2021.The much-publicised event saw performances from over twenty up-coming artistes.
But amongst these performances, the artist who took the whole auditorium by storm with a master -class performance is Afro-pop artist, Mike Tomkie.
At the time when the enthusiasm in the auditorium was down, the fast-rising afro-pop artist who spent 10 minutes on stage -restarted the entire event by getting everyone singing and dancing to his hit song ‘Sika’.
Clad in Black and Yellow apparel, Tomki’s performance at that time was greatly refreshing and his command on the mic was superb.The peak of his performance was when he took a break to interact with his fans and  some few personalities.
Undoubtedly, the budding ‘Sika’ hitmaker did magnificently well. Most patrons and other showbiz personalities who graced the event judged him as the best performer on the night.

Watch excerpts of his performance belowhttps://youtu.be/ZQX7X3QhZe8