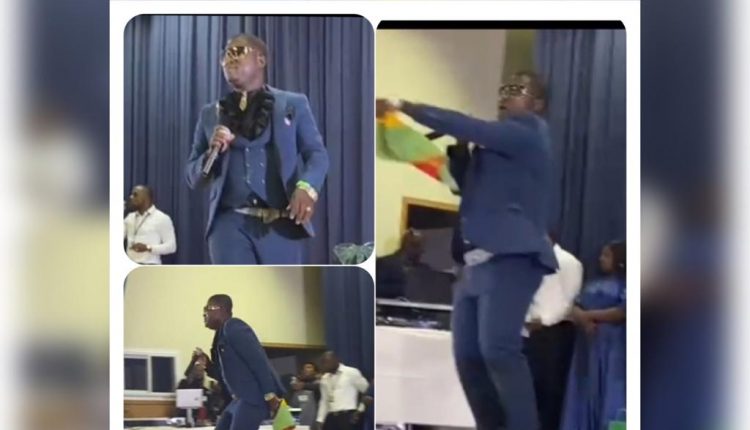 As usual, immediately the MC for the night introduced Minister Ike on stage to perform, there were tumultuous Cheers from the patrons.

He took to the stage in his well-designed tuxedo apparel sweating through his electrifying act. He did not exert much energy while performing his songs as fans grasped each one of them and owned it.

It was extremely amazing how the fans joined him during his performance by dancing and singing alongside as he dropped the back to back hit songs on stage. His technique on the microphone, and his interaction with the patrons was pure class.

The Celebrated gospel artiste who has never disappointed with his energetic performances spent 10 minutes on stage – during which he classically performed his hit songs including ‘Onyame Gya’ .

The most exhilarating part of the performance was when he performed his current hit song ‘Only God’.

It’s quite surprising how the audience grasped the song and owned it by singing it word-by-word like a song which has been in the system for decades . The ‘Only God’ crooner delivered a spirited performance to the admiration of all.

Apart from grabbing the ‘Best International Gospel Artiste’ of the Year award on the night where he beat stiff competition from Ivory Coast, Sierra Leone, Nigeria and Senegalese artistes , fans who spoke with Hotfmghana.com after the show named him as the best performer  on the night.

Watch excerpts of the Performance below