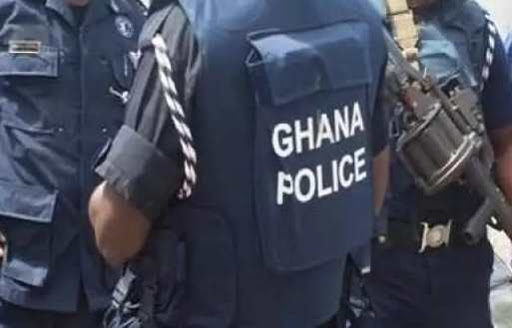 A Police instructor at the Tesano Police Training School, popularly referred to as ‘Airborne’ has allegedly defrauded a tomato seller of Five Thousand Ghana cedis (GHS 5000.00) in what appears to be a recruitment scam.

According to the victim, a 30-year-old Adofowaa Faustina, a native of Nkawkaw in the Eastern Region, one of her friends introduced her to ‘Airborne’ after convincing her that he had assisted her to join the service. Eager to be recruited into the service, the SHS graduate said she did not think twice when Airborne demanded Five Thousand Ghana cedis (GHS 5000.00). She hurriedly took ‘a loan’ from a market association she belongs to in her quest to fulfill her long-cherished dream to join the Ghana Police Service.

The mother of two indicated that she was more convinced she was going to be recruited into the service when Airborne made her fill some forms she believed were for protocol recruitments. Adofowaa said, since then, Airborne has always been deferring the date she would be called for training. She said, she however, did not give up, but went ahead to buy the items needed for her training. As she narrated, “after enquiring from some of my friends what I needed for training, I looked for money from somewhere else to buy T-shirts, chop box and a mattress because I did not have any savings again. I was prepared for training”, she told crimecheckghana.

The disappointed lady said, Airborne later introduced her to another officer he claimed was from the ‘protocol department of the police service’, a strategy Airborne employed to free himself from the torment he gets from her phone calls. The man, she said, also tried to extort Eight Thousand Ghana cedis from her after demanding the money to fast track the process that would enable her get a call up for training. This time, she had realized she was being duped and refused to pay that amount, though, honestly, she did not have the money.

It has been three years since the incident and efforts to get Airborne to refund her money has been unsuccessful as the police instructor has refused to answer her phone calls. Adofowaa did not have any option than to run to Crime Check Foundation (CCF) to help her retrieve her money. However, Airborne has been adamant to cooperate even after the Foundation’s Executive Director, Ibrahim Oppong Kwarteng made efforts to contact him at his office to speak on the matter.

CCF is following up on this story under the USAID Justice Sector Support Activity (JSSA) to get justice for Adofowaa. The JSSA is an intervention that seeks to reinforce efforts by the US Government to enhance Ghana’s justice delivery system by increasing Citizen Oversight and Monitoring of Criminal Cases, increasing citizen knowledge and access to Justice Sector services   and strengthening advocacy for accountability of key justice sector institutions for improved justice delivery in Ghana.