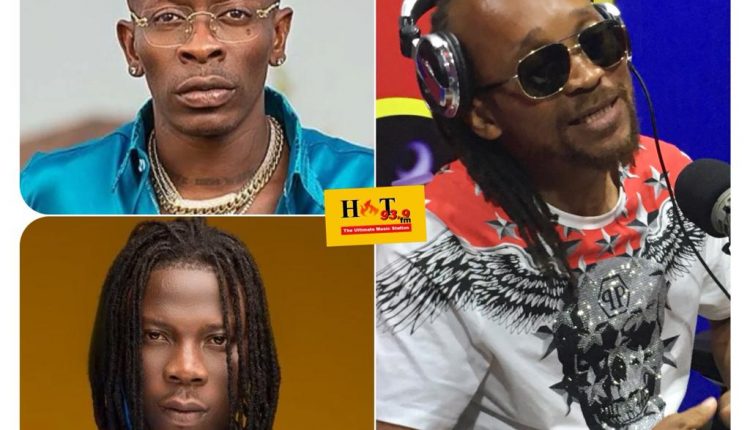 The issue of who is the most popular and better artist internationally between Shatta Wale and Stonebwoy has been lurking around the music fraternity for some time now.

Speaking in an interview on Accra-based Hot 93.9FM, Rasnan who was asked to reveal his best artist between Shatta Wale and Stonebwoy said :

“Seriously, I will choose Stonebwoy any day…I really like Stonebwoy.. because I performed on one stage with him and it was great. We performed at a nightClub in Mondial ”.

According to Rasnan,” It’s not easy for an artist to perform in that nightclub so for Stonebwoy to come and perform there means he is very big and popular..He is more popular in the Netherlands than Shatta Wale”.

Rasnan started his music career five years ago and has ten singles to his credit. Some of the songs are: Fall, Summer Time, Revelation, Boomboom ,and Mama. Watch excerpts of the interview below

Most Dancehall Artists Like Shatta Wale, Stonebwoy Are ‘Noisemakers’-Jah Lightning