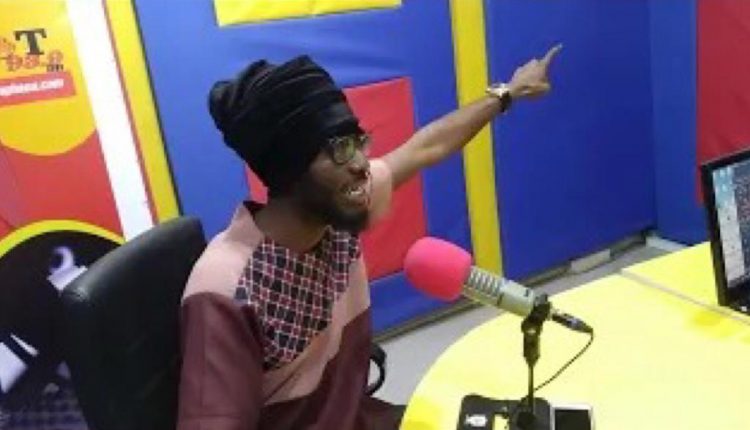 Founder and leader of Dikaios Society, Ahokagya The Oracle, has made a shocking revelation that there is no power in prayer.

According to him, most of the prayer topics like casting fire at demons reveal the ignorance of most spiritual people. He emphasised that most of these demons are made of fire hence it makes no logical sense to cast the same fire at them.

“Most prayer topics show the ignorance of the spiritual people…The demons are made of fire so how can fire burn fire…Why was Lucifer called the bright morning star because lucifer is made of fire…so how can you use fire to burn fire? It doesn’t make sense”.

Speaking on Accra-based Hot 93.9FM, Ahokagya The Oracle cited an example, “My body is made of sand so if you throw sand at me it doesn’t mean anything….when you pour water in a river or into the sea does it change anything? So such prayers are just a waste of time…There is no power in them”.

Ahokagya The Oracle is a Ghanaian master mentalist who wows his audience with his feats of mind-reading, telepathy, and other mental abilities.

He also uses these to help people with various issues ranging from addictions to mental issues and the like. He has a striking ability to see the past, present and future.