Video: Ursula, Ofori-Atta, Other Will Be Rejected By Vetting Committee – NDC Communicator 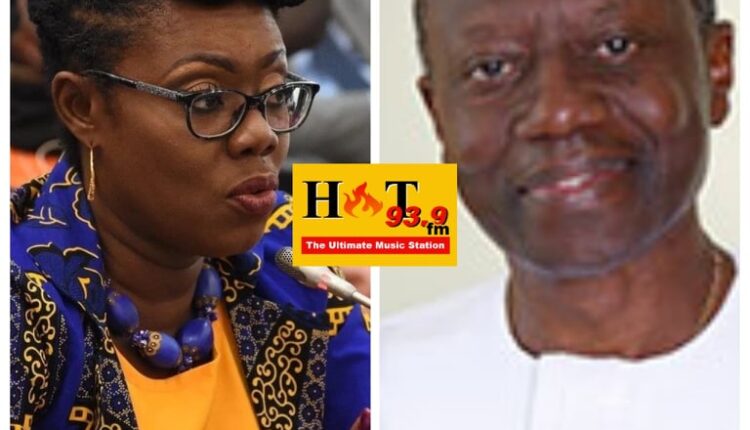 A member of the communication team of the opposition National Democratic Congress(NDC), Peter Mensah has said that some ministerial appointees like Ursula Owusu, Ken Ofori-Atta, Mavis Hawa Koomson and the Ahafo Regional Minister-Designate will be rejected by the vetting committee.

Speaking as a panellist on Hot 93.9 FM’s political talk show “Dwenehobiom” hosted by Isaac Boamah Darko, Peter Mensah affirmed that, due to some uncultured behaviour and incapabilities of these appointees, they will be rejected by the vetting committee.

According to him, Ken Ofori-Atta who was the Minister for Finance who has been reappointed again is incapable of executing the job.

He emphasised that, after Mr Ofori-Atta took over the finances of the Republic, the government has borrowed over $164billion which is unprecedented.

On the part of Ursula Owusu and Hawa Koomson, the outspoken NDC Communicator stated that they have exhibited several uncultured behaviours as honourables Members of Parliament and for that matter will be rejected.