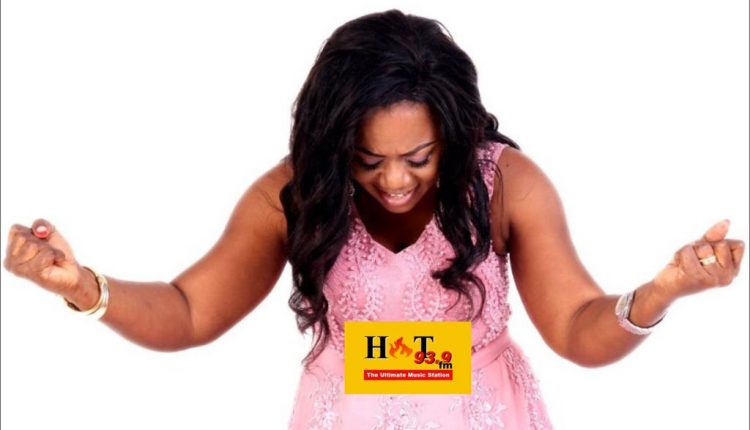 Popular Ghanaian Gospel singer, Piesie Esther has stated that the Vodafone Ghana Music Awards(VGMA), 3 Music awards and other award schemes only award artistes who usually grumble ruefully after failing to win an award the previous year.

The celebrated Gospel singer has over the years been bagging numerous nominations at the various awards schemes but has failed to win any.

Speaking in an interview on JukeBox- an entertainment show hosted by Nana Adwoa Annan on Accra-based Atinka TV, Piesie Esther who was answering a question in line with how she felt after failing to win an award said:

“Of course, I felt so bad for not winning … My family has been advising me not to think about it..they rather  encourage me to work harder.”

Many celebrated Ghanaian artistes like Shatta Wale, Patapaa and Ras Kuuku have fiercely attacked award schemes especially the Vodafone Ghana Music Awards after failing to either win or bag a nomination.

Like these artists who took on the schemes and attacked them, Piesie Esther said,” Oh, yes…when I fail to win, I usually sit on the radio and vent my spleen… What I have observed is, artists who usually attack the schemes are awarded…they award the noise makers…those who make unceasing noise are the ones that they award the following year”.

It would be recalled that when the organizers and board of VGMA released the nomination list for this year’s awards event, Piesie Esther registered her disappointment with the organizers for failing to nominate her song ‘Wobedi Adanseɛ’.

According to the musician, although the song has garnered the attention of gospel music lovers and industry players since its release in 2021, the VGMA Board declined to put it up for competition.

Piesie Esther is currently celebrating 20 years of being in the industry with her new song ‘Way3 Me Yie’ .The song summarises her 20-year story in the industry.