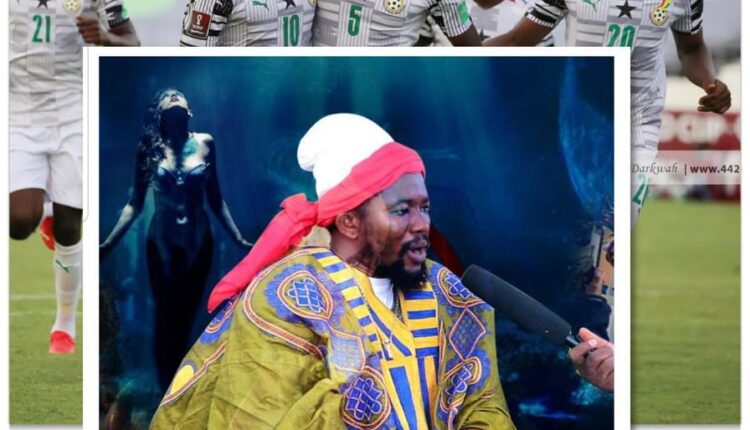 The Black Stars of Ghana beat their Zimbabwean counterparts in the FIFA World Cup qualifying match played in Harare on Tuesday afternoon. A well-taken free-kick in the 31st minute by Thomas Partey was enough to earn three priceless points for the Black Stars.

Dede Ayew’s omission from the starting line-up created elephantine controversy within the general public. Most conniesseurs of the game predicted doom for the Black Stars over Dede’s omission.

But reacting to Dede Ayew’s omission from the starting line-up in an interview prior to the match, Chief Frunguma – a powerful Mallam based in Madina/Ablekuma in Accra told Hot FM’s Sports News desk that the Black Stars’ captain’s omission is a good omen.

Chief Frunguma explained that,” Dede will surely play—it’s a spiritual work…Dede starting from the bench is a blessing— Ghana will surely win”. Ghana has temporarily moved to the top of Group G following the 1-0 win over Zimbabwe.