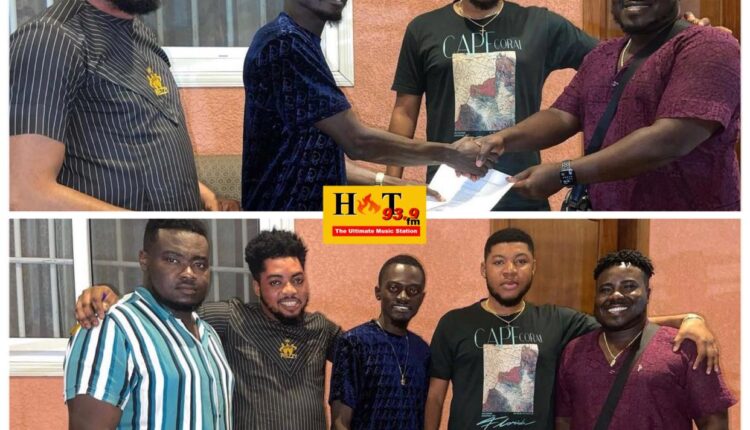 Events in the camp of the celebrated actor with regards to the managers he works with for some years now have not been gratifying.

His relationship with his former managers; Zack GH, Top Kay and Busumuru Sean Kingston that went sour generated elephantine drama within the showbiz fraternity and the general public as a whole.

After all the hullabaloo that unfolded between him and his former managers, LilWin, while speaking in an interview on ‘Ay3 HU’ – a social talk show hosted by Nana Ampofo, revealed that he has employed Ray Moni as his new manager.

According to the lilwin, showbizness is also about the connections and the ability to engineer moves that will push the brand onto a pedestal hence the motive behind employing Ray Moni as he new manager. Ray Moni has managed artists like award-winning rapper Guru, and Frank Naro.

He is also the current general manager for Dannipharma Ltd, and other companies. Confirming his new role as the manager of one of the greatest entertainers of our time via his facebook page, Ray Moni shared photos of how the contract binding them was signed and said : 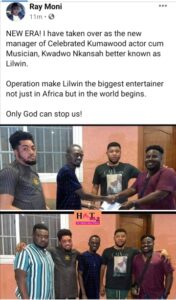