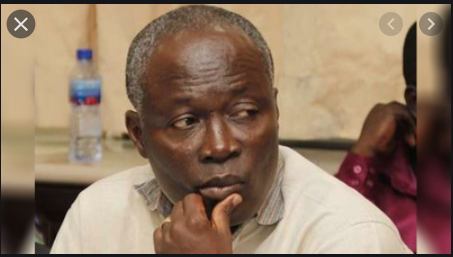 The National Democratic Congress (NDC) Member of Parliament for Ododiodoo, Nii Lante Vanderpuije has warned that the government should shelve the new Agyapa deal.

He said the Minority will resist any attempt to get the deal ratified by the government in Parliament.

Speaking on XYZ TV in Accra, the former Minister of Sports said the NDC will engage in fisticuffs in its bid to reject the deal.

“We in the Minority will kick against the Agyapa Deal with all our might,” he told host Prince Minkah.

Asked how assuring that was, Lante Vanderpuye said in Akan that, “We will trade blows again. That is what Ghanaians want. If they joke, It will be bloody.”

Under the agreement, Agyapa Mineral Royalties Limited which has been incorporated in Jersey near the UK is expected to receive and manage royalties from 16 gold mining leases over the next 15 years or more.

In exchange, the firm will list on the London and Ghana Stock Exchanges (GSE) and raise at least $500 million for government to invest in infrastructure, health and education.

Former President John Mahama in a recent statement said the NDC will reject the deal with all their might.

Mr. Mahama’s post follows recent reports that the government intends to repackage the botched deal which aims to collateralise Ghana’s gold resources for some years.

A few days ago, the Minerals Income Investment Fund (MIIF) said it is redesigning its strategy for listing its wholly-owned subsidiary Agyapa Royalties on the London Stock Exchange and the Ghana Stock Exchange after being named the best financial institution in the mining sector by the French-based publication Forbes Monaco.