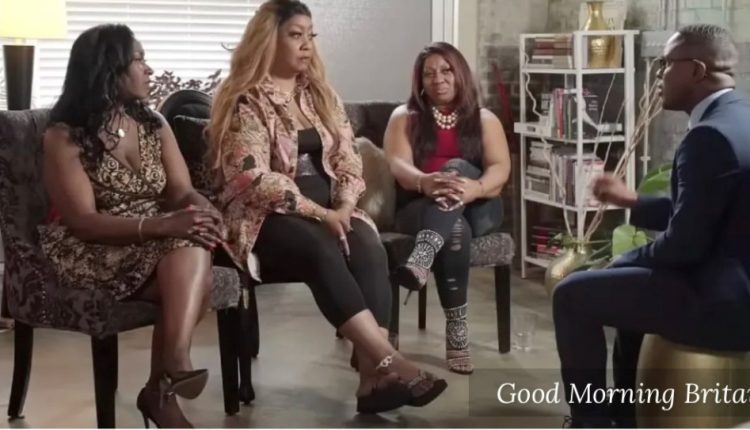 R Kelly, born Robert Sylvester Kelly—is days away from the start of his federal trial in Chicago on charges of producing child pornography and luring minors into sex acts. Nearly a month after his 30-year sentence, Kelly’s sisters, Cassandra, Theresa, and Lisa, believe his sentencing is rooted in racism and explained their theory on Good Morning Britain in a televised interview aired on Wednesday (July 27).

“African-Americans have always been treated unfairly. I think that has a lot to do with it as well as other factors,” Cassandra explained to North American Correspondent Noel Phillips. Lisa chimed in, “Just because he’s been found guilty doesn’t mean he’s guilty.”

“Robert doesn’t have to hold someone hostage,” she added. “Women come to him.” Furthermore, the sisters suggested “a lot of the alleged victims are bitter.” From her perspective, the only victim is her brother.

According to Insider, Kelly’s lawyers have argued that his “childhood trauma” led to his hypersexual behavior and claimed that his older sister, Theresa (who remained quiet during the duration of the interview), sexually abused him and his brothers for years since he was six years old. His legal team also tried to explain his behavior away by blaming his sexual depravity on his ex-wife, Andrea “Drea” Kelly.

In the sit-down interview, Lisa admitted Kelly was taken advantage of but didn’t go into further detail.

Kelly’s siblings’ interview comes after Kelly’s manager, Donnell Russell, reportedly pled guilty to stalking one of Kelly’s alleged victims in an intimidation attempt. Russell also was convicted of phoning in a gunfire threat during the 2018 screening of Surviving R. Kelly. He’s scheduled to be sentenced in November on both charges and faces up to five years in prison in both instances.

GNG MUSIC AWARDS 22: Why Joseph Matthew Must Win All His Categories(Video)