Ambulance Sending Burnt Patient To KATH Involved In An Accident 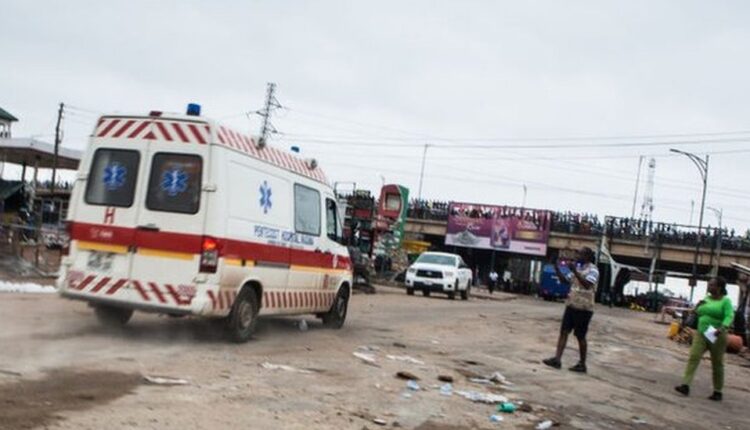 An ambulance conveying a burnt woman to the hospital was involved in an accident at  Agyamasu in the Ashanti Region on Wednesday evening.

According to reports, the Obuasi East Ambulance was contracted to transport a woman with burns to Obuasi Government Hospital.

The Ambulance was ordered to head straight to the Komfo Anokye Teaching Hospital due to the serious nature of the injuries after she had been given first aid.

But on their way to the Hospital, a KIA Rhino after engaging in a wrongful overtaking collided head-on with the ambulance.