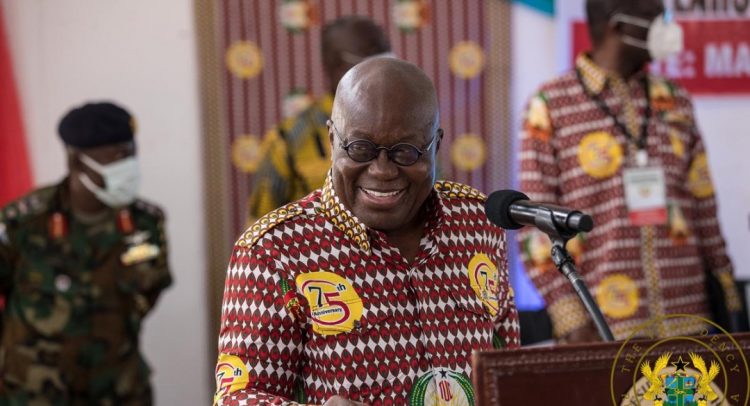 President Akufo-Addo has described as misguided, attempts by some separatist groups to get the Volta Region and other areas of Ghana ceded from Ghana.

The President said the move is misplaced and unacceptable.

Speaking at a meeting with some chiefs and elders from the Avenor Traditional Council at the Jubilee House, Nana Akufo-Addo said persons who are against the secessionist plot should speak up.

“I am encouraged by your denunciation of the succession by these misguided people in the Volta Region. The Ghana we have is made up of different people. We must all be bound together by our loyalty, recognising our differences as strength. So those who don’t understand this do not understand nation-building,” he said.

The Homeland Study Group wants the Volta, Oti and parts of the Upper East Region to be made an autonomous country known as Western Togoland.

The group has made a number of attempts to push the demand. The group last year blocked some major roads that connect Volta Region to Ghana’s capital city, Accra.

Members of the separatist group even declared independence for the imaginary Western Togoland country on May 9, 2019.

In October 2020, the Government of Ghana arrainged 78 of the alleged separatists suspected to be behind the violent attacks in the Volta Region.

Under an amended charge sheet, the State also told the Accra Circuit Court 2 that it had no jurisdiction to grant the suspects bail since the crimes were not committed within the authority area of the court.

The state subsequently withdrew charges against 60 of those arrested.