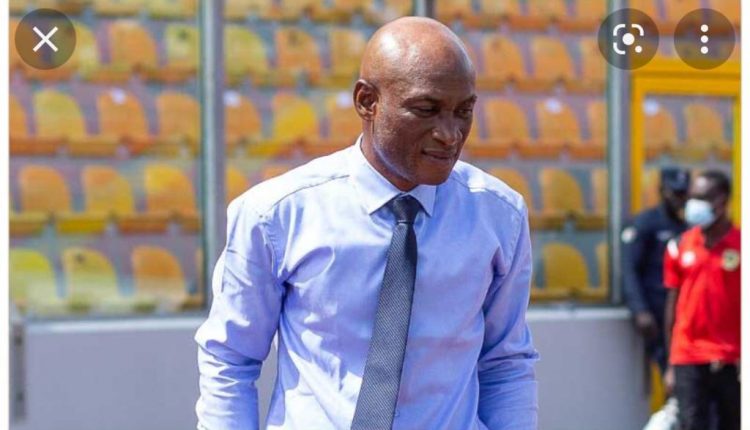 Board member of Asante Kotoko football Club, Alhaji Abu Lamini has stated that he is not in the position to tell if the coach of the team, Dr.Prosper Narteh Ogum will  lead the team to Africa for the CAF Champions League as the head coach.

The Porcupine Warriors clinched the title with three matches left to play as they sit at the summit of the league table with 60 points, 10 points above second-placed Bechem United after 31 matches played.

This is Asante Kotoko’s first Ghana Premier League title in seven years, having last won it in 2014. Winning the league means Kotoko will represent Ghana in the 2022/23 CAF Champions League.

Speaking in an exclusive interview on Hot 93.9FM’s ‘Focal Sports’ show, Alhaji Abu Lamini ,while answering a question in line with whether management of the team would maintain the current head Coach, Dr. Prosper Narteh Ogum in order to lead the team to participate in the CAF Champions league, said:

“I can’t really tell for now…The decision to retain coach Prosper Narteh as head coach going to Africa will depend on the board”.

The ardent board member of the Current League Champions added that, “The board in our next meeting will decide on that”.