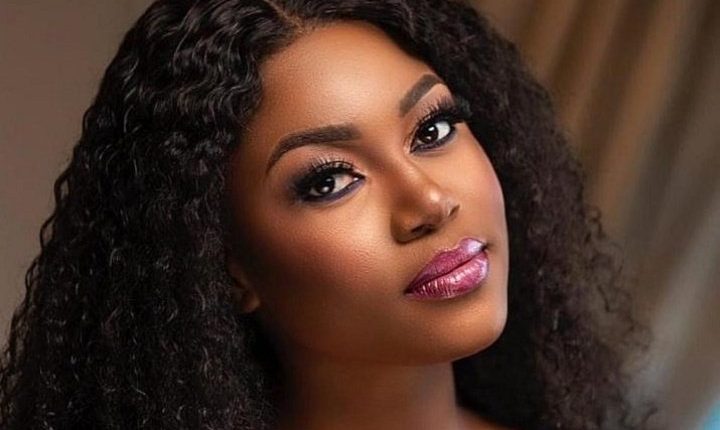 According to the mother of one, She recently crossed-examined a young man who came to her for a job interview, but to her surprise when she asked for the guy’s handle, she got to know that she had blocked him.

In a tweet shared on July 27, 2022, “Stay on Twitter and continue fooling and insulting people you’ve never met. Your future self will regret it.

“One guy came for a job interview and I asked him for his Twitter handle, guess what, I had blocked him. Well…you know the rest. Keep fooling wai”

However, some social media users after sighting the post have shared their thoughts.

“This be true Charlie cool to troll but going deeper and to the extent of insulting and disrespecting the person deɛɛ ain’t good at all everyone has feelings same as the celebrities there are limitations in everything. Those who keep on this is the benefit” a user said.

“Everyone has feelings, celebs have too. I won’t say the guy wasn’t smart, he wasn’t himself after seeing you. I would have told you I don’t have a Twitter handle Chalie another added ”

A third asserted, ” Next time! We’ve got to be more responsible and decorous on these streets. ” 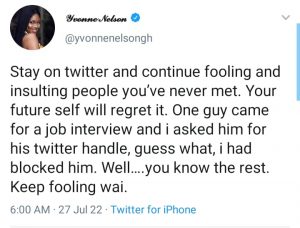 Adjoa Safo’s Fate To Be Decided By Parliament Today