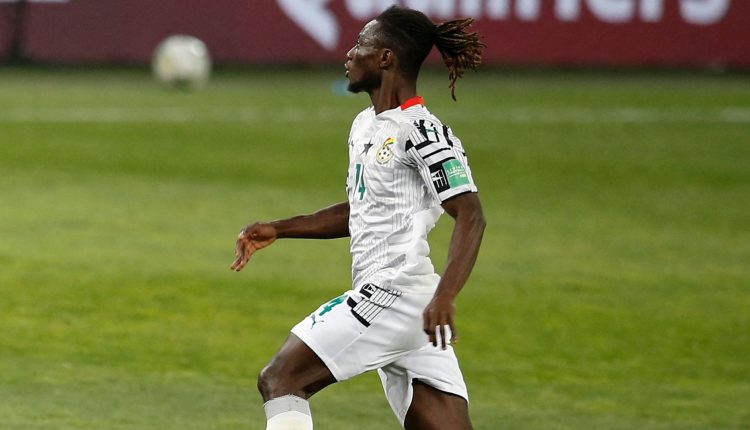 .Ghanaian defender Gideon Mensah has welcomed the Brazil-friendly game. He believes that’s a good test for the team as they prepare for Qatar 2022 to be played.

The Black Stars will play the Samba Boys on Friday at Oceane Stadium in Le Havre, France.

The 24-year-old Auxerre left-back is delighted with the Ghana FA for managing to set up the friendly that will be used to gauge the players’ preparedness.

He stated, “I give thumbs up to the GFA for giving us this opportunity to play against a team like Brazil.

The defender has further revealed why he is welcoming the showdown with the South American nation ahead of the forthcoming prestigious tournament.

“This game will show if we are ready or getting close to our goals at the World Cup,” Mensah continued.

“The impact with everyone on the field has been very satisfying. We are hungry to show that we are ready to battle any country that comes our way shows something good for us.”

Mensah has also asked the fans to be optimistic ahead of the World Cup, “I am not going to say much to the Ghanaians.

They know that we have a big tournament ahead of us, that playing against Brazil is a big game for us and Ghana as a country.

“So we are telling them to continue supporting us and give us the hope we need. We believe that we are coming up with something nice for them.”

The Chelsea Academy & Brighton Defender Who Snubbed England For Ghana