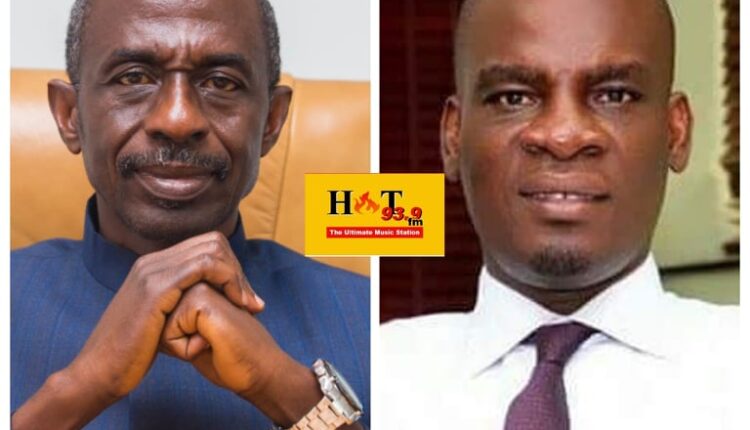 0
Share
It appears that getting Johnson Asiedu Nketia, a.k.a General Mosquito to take up a parliamentary duty started as soon as the NDC had the same numbers of MPs as the NPP.

Recently, Majority Leader Osei Kyei-Mensah-Bonsu has expressed open opposition to the appointment of Johnson Asiedu Nketia, General Secretary of the NDC, unto the Parliamentary Service Board, stating that the Speaker of Parliament, whose party is the official Minority in the hung parliament, is turning parliament into an enclave of the NDC.

But at a thanksgiving event held in honour of Alban Bagbin in the Waala Traditional Area of the Upper West Region, Haruna Iddrisu revealed that prior to the election of the Speaker for the 8th Parliament on January 7, he nominated Johnson Asiedu Nketia and Alban Bagbin.

This was after some members of the Minority led by Mohammed Muntaka-Mubarak and Mahama Ayariga had urged him to vie for the Speakership.

“I knew in my heart that God will have His favour on one of us. In a meeting with the NDC highest leadership, somewhere in the offices of President Mahama… I said to the group that my candidate for Speaker was amongst us and pointed to Honourable Alban Bagbin and the Honorable Asiedu Nketia.”

The Minority Leader added, “Little did I know that good fate and God’s glory was vested in him [Alban Bagbin]. We then conspired, led then by the Whip to come and work and see what God’s grace will be and to his glory and grace we have the [….] Speaker of the 8th Parliament; not just the ordinary, but the most experienced among our group, the most qualified among our group in whom we trust that he will be fair and firm as Speaker of Ghana and not just [with] any political group in Ghana.”

He continued: “What else could God have done for you on the 6th and 7th of January having seen it all as Minority Leader, Majority Leader, Minister of State. God could only zenith your career with the high office of number three – the Speaker of Ghana’s Parliament.”

Alban Bagbin, on the eve of January 7 this year was elected Speaker of the 8th Parliament. He polled 138 votes during a secret ballot while his rival Prof Aaron Mike Oquaye of the NPP polled 136 votes.

He is the first elected Speaker of Parliament from an opposition party in Ghanaian politics.