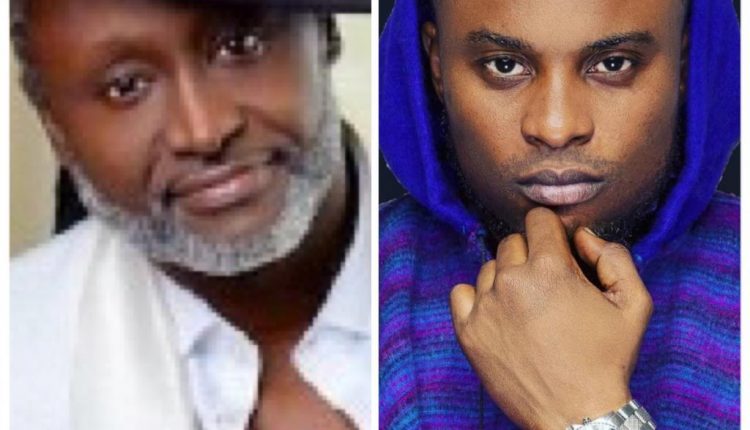 Legendary Hiplife artist, Reggie Rockstone has backed award-winning UK-based Ghanaian afro-gospel singer Joseph Matthew also known as JM for stating that though he is a gospel musician and goes to Church he is not a Christian.

Joseph Matthew, who is currently in Ghana promoting his newest single track dubbed ‘Blessed’- in an interview on Hitz FM, astonishingly stated that even though he is a gospel musician and goes to Church, he is not a Christian.

Explaining his point, the ‘Blessed’ hitmaker stated that Jesus Christ never called his followers Christians even though the name was derived from his last name ‘Christ’ .

According to him, “Jesus only named his followers disciples and not Christians.  ‘Christians’ surfaced when Jesus ascended to Heaven and his disciples continued with his Ministry…. Other people saw the mannerism of the disciples which resembled that of their master, hence they were tagged as Christians but Jesus was not a Christian.”

He concluded by stating that his music has been solely to glorify the name of the lord and not for the benefit of a religious group called Christians.

Reacting to the statement in an Instagram post shared by Hitz FM, the legendary Reggie Rockstone sided with the ‘Blessed’ hitmaker by questioning whether Jesus Christ is a Christian.

According to the grandpapa of Hiplife music, Jesus Christ wasn’t a Christian so he is surprised most Christians are chastising JM for stating that though he is a gospel musician he is not a Christian. 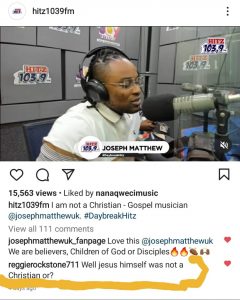