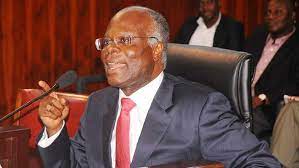 Contrary to a wide perception that some lawmakers are opposed to the Anti-LGBTQ+ bill, Member of Parliament (MP) for Adansi Asokwa Kobina Tahir Hammond has said that all 275 MPs are for the bill.

The lawmaker wants the public to name any MP who is opposed to the bill assuring the clergy that the bill will be passed.

He however indicated in view of the fact that it has to deal with some legal matters caution is being treaded so that it comes out well as they want.

Speaking on Accra-based Asempa Fm monitored by MyNewsGh.com, Mr. KT Hammond believes that this is one of the bills that is unanimously supported by all MPs taking into his experience of over 20 years in parliament.

“This matter we are discussing, if we really want to speak to facts it is one of the bills unanimously supported by all MPs in Ghana’s Parliament. Name any lawmaker being it NPP or NDC who is opposed to this bill. Who is in Ghana’s parliament and will be excited about this nonsense”, he asked.