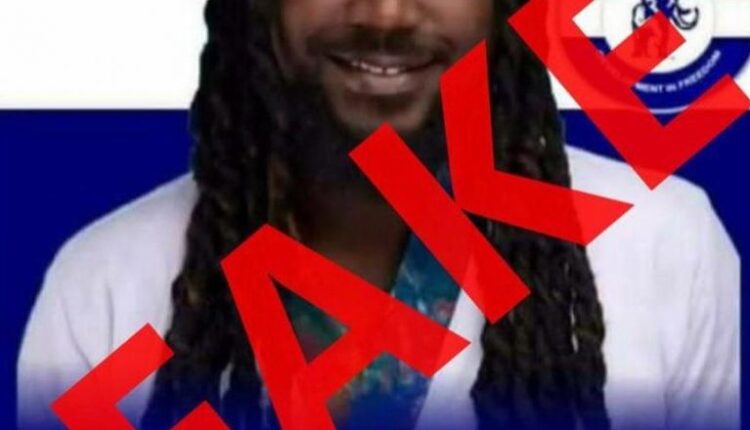 Ghanaian Reggae/Dancehall Artiste, Emmanuel Andrews Sammini, popularly known as Samani has warned people who draw his name into needless political debates to put a stop to it.

This comes after one Mohammed Abdul-Aziz posted on social media that Samini expressed his disappointment in the President for not naming him as Deputy Minister in the Creative Arts Industry.

“I’m very disappointed because the president promised me a deputy minister position in the tourism, art and culture ministry but I don’t know what happened last minute, this tribal game wont help Ghana,” Mohammed Abdul-Aziz posted.

But reacting to the above, Samini said,”Please be informed that I have neither made any comments regarding my disappointment or otherwise of a political position nor declared my intent to run for office anywhere.”

He added that,”No one has promised me any political role and I am not anticipating any call up whatsoever to that effect.”

Samini called on all Ghanaians to condemn ‘needless and childish political gimmicks’ that pitch one tribe against the other.

“Much as it is in everyone’s interest to serve his nation should the opportunity arise, I think we should all condemn needless and childish political gimmicks that pitch one tribe against the other. It is sentiments like those that ignited the Rwanda genocide and I strongly condemn it!” he stated.

Meanwhile, he urged the public to disregard any social media post that suggests that he plans to take political office or expressed disappointment at any party or political figure for whatever reason.

“Should I ever consider running for office, I will make it known via official public statements on my official handles,” he added.