Thinking Of You: Jah Lightning To Drop Ghc200,000 Music Video On September 15 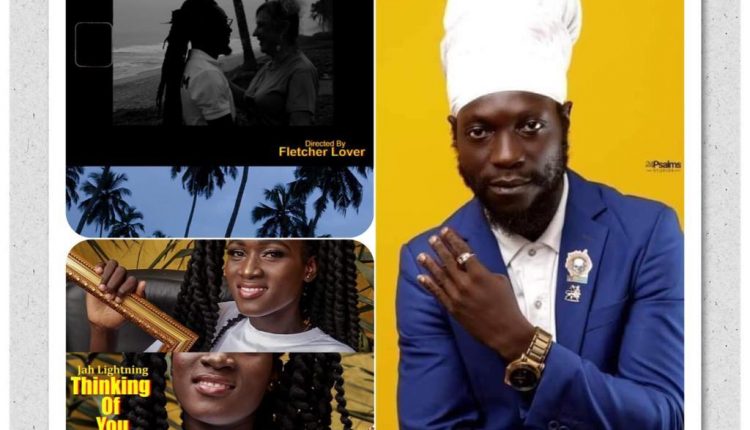 Music is business and the more you invest in your product , the better for you .

It would be recalled that, celebrated Nigerian musicians P-Square sold their cars just to shoot their first music videos which shot them to fame Sometimes, you just have to make the sacrifice, that is if you believe in yourself and your product.

Ironically, the new ‘King’ of Reggae-dancehall music in Ghana, Jah Lightening is set to drop his newest single track dubbed ‘Thinking of You’.

In his quest into setting the pace as one of the few Ghanaian artistes like Joseph Matthew, Guru, Sarkodie, and Captain Planet  who spend huge amount of money in producing music videos, the song which would be released on Thursday, September 15,2022 is accompanied by the most expensive music video ever to be produced by a Ghanaian reggae-dancehall artist

According to Hotfmghana.com’s checks, the ‘Thinking of You’ music video shot somewhere in Ghana is estimated to have cost Jah Lightning a whopping GHC200,000.00.

He is based in Cape Coast, and has performed across west Africa especially the Gambia in 2012 and 2014 and also in Togo 2016.

He originally hails from the Ashanti Region of Ghana. Jah Lightning is the CEO of HottaDanfyah Muzik and involved in several music programs in Cape Coast and Ghana as a whole.

He is well-noted for hit songs such as ‘Nuf Friend Dem’, and Protect I Jah. All attempts to reach him to ascertain whether it’s true he spent GHC200,000.00 in shooting the ‘Thinking Of You’ music video  have so far failed to materialise.

Watch the trailer below