Video: I Don’t Have A Pen And A Book To Write My Songs – Obaapa Christy 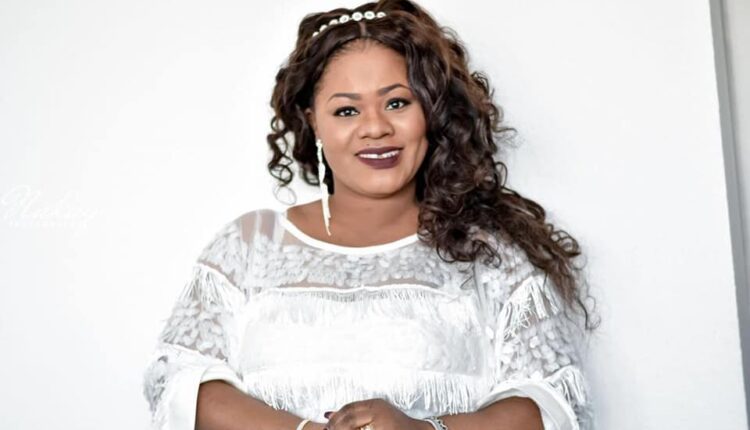 Celebrated Ghanaian gospel musician, Obaapa Christy  has disclosed that she has never put pen to paper to write the lyrics of her songs.

Musicians the world over have told different stories to how they come by the songs they produce. While some claim they get their inspiration through dreams, others observe what happens around them and translate them into music.

Speaking in exclusive interview on ‘JukeBox’ – an entertainment show hosted by Nana Adwoa Annan on Atinka TV, Obaa Christy said she doesn’t pen the lyrics of her songs before recording them.

” I don’t write my songs…my new song ‘The Glory’ i didn’t write it …Like putting pen to paper no; even my pen and my book got missing way back…I don’t have pen and a book… so i have never wrote my own songs…the songs just run through my head then i quickly go to the studio and produce it”. Obaapa Christy told Nana Adwoa Annan

The award-winning gospel musician disclosed that ace sound engineer Dan Bassey use to write songs for her but her new single ‘The Glory’ was done by her.

Obaapa Christy’s who is known for hit songs ,”Hyebre Sesafo ” and “Mema Mani So” is currently on a media tour to promote her new track.

‘The Glory”, a mid-tempo song which is fused with beautiful rhythms and drum beats to match, actually offers substantial inspiration to all Christians.

Watch her submission in the video below