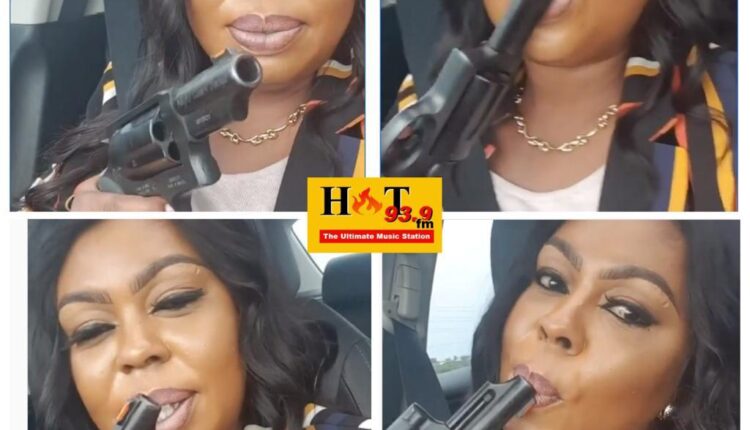 An old video of Ghanaian loud-mouthed actress and socialite Valentina Nana Agyeiwaa, known by many as Afia Schwarzenegger, brandishing a gun on social media has resurfaced after Medikal was arrested Wednesday night for the same act.

In the video, the actress is seen sitting in a car while kissing a pistol she named Barbara, which according to her, can take anyone’s life.

She added that the gun was given to her as a gift from her husband and so no one should either mess with her gun or herself.

“It’s very dangerous and it’s a gift from my husband to me, this is Barbara. Don’t mess with her, Barbara can take your life,” she said. “And don’t mess with me. I’m legal to f**king kill and I will not share you. Lots of love from and Barbara. To your silly eyes.”