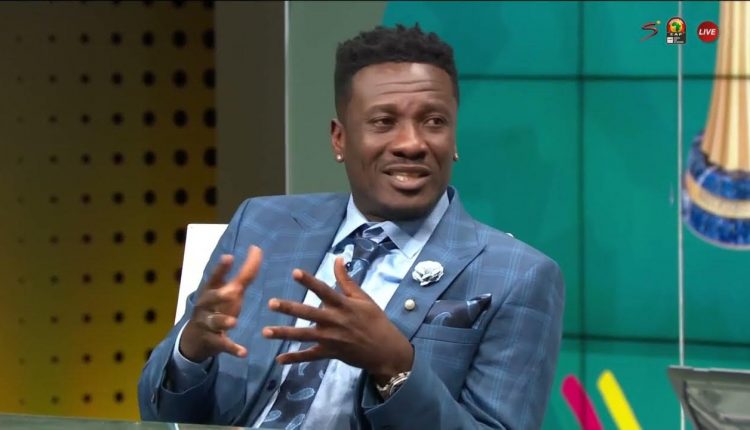 Legendary former Captain of the Black Stars, Asamoah Gyan has stated emphatically that he would like to play at this year’s World Cup to be staged in Qatar if he were fully fit.

Speaking in an exclusive interview on Citi TV’s show ‘UpSide down’ hosted by renowned broadcaster Frema Adunyame and Nana Tuffour, Asamoah Gyan who was answering a question in line with whether he would like to play at this year’s world Cup said :

The former Captain of the Black Stars who was on the show to promote the launch of his upcoming book ‘LeGyandary’ quickly added that:

” Yes, I have tasted the World Cup three times and though I would love to play at this year’s World Cup, as I have always said, I am currently not fit enough to play active football but when I Start playing- who knows?”. He stressed that “,I shall surely be in Qatar but may be a pundit or let’s see”.

The official book launch of the former captain of the Black Stars which will be an exclusive presidential round table reception will be on Saturday, 30th April, 2022 at the Kempinski Hotel in Accra.

The climax of the launch will be a riveting and captivating video documentary and public auction of his bo The book will also be launched in Kumasi (Ghana) as well as in the United Arab Emirates and in the United Kingdom.

The project is aimed at capturing the memoirs of former Ghana captain Asamoah Gyan, featuring a no-holds-barred account of the untold stories behind his football career.

Kindly watch excerpts of the interview below