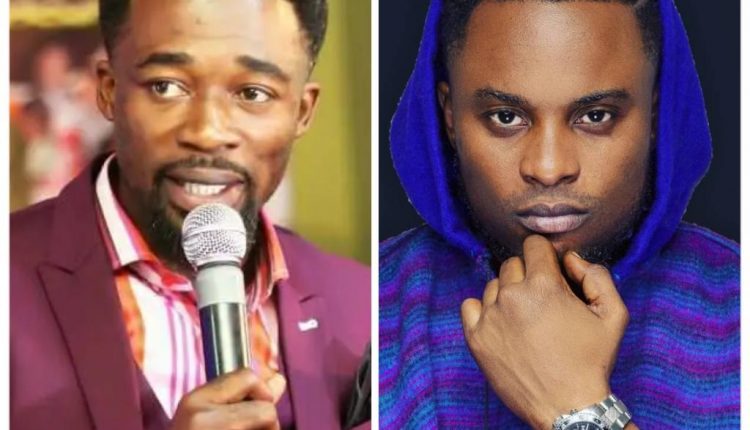 It would be recalled that , in an interview on Hitz FM, the ‘Nyame Ye’ hitmaker revealed that even though he is a gospel musician and goes to Church he is not a Christian.

Explaining his point, the ‘Nyame Ye’ hitmaker cogitated that Jesus Christ never called his followers Christians even though the name was derived from his last name ‘Christ’ .

According to him, “Jesus only named his followers disciples and not Christians.  ‘Christians’ surfaced when Jesus ascended to Heaven and his disciples continued with his Ministry…. Other people saw the mannerism of the disciples which resembled that of their master, hence they were tagged as Christians but Jesus was not a Christian.”

He concluded by stating that his music has been solely to glorify the name of the lord and not for the benefit of a religious group called Christians.

Reacting to Joseph Matthew’s assertion in an interview on Hot 93.9FM’s ‘Focal Sports’ show hosted by Stonchist D’Blakk Soulja, the Eagle Prophet said the ‘Blessed’ singer has a great knowledge about what he is has said and that he would become the greatest afro gospel musician ever to be produced in Ghana.

“For a Gospel musician to say he goes to Church but not a Christian means he knows what he is talking about…I have listened to his submission and I think he has a great knowledge about what he is saying”.

According to the popular Man of God, “even though Joseph Matthew has a great knowledge about what he is saying, knowledge has so many forms… For him to say Jesus Christ never named Christians ‘Christians’ is true but Jesus Christ speaks through people”.

The leader and Founder of God’s Crown Chapel which is based in Kumasi advised Joseph Matthew  to keep learning and stay focused, ” because he has a very powerful song and I see him becoming the greatest  afro gospel musician to be produced in Ghana”.

Watch the interview below.