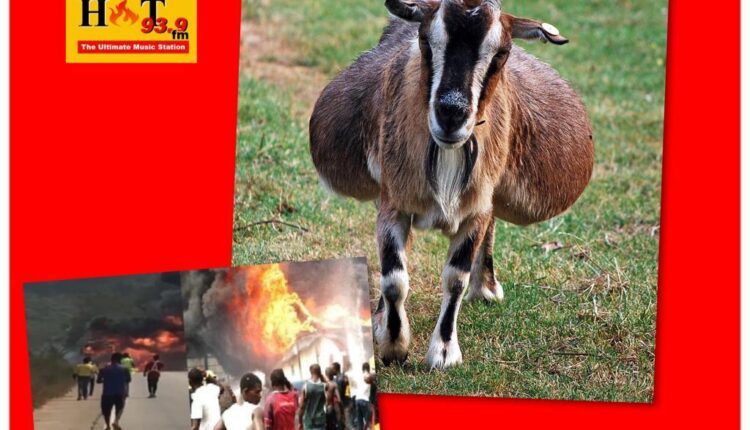 On Thursday ,January 19,2022, Ghana went into a state of mourning as one of the towns in the Country was struck with one of the worst disasters ever to happen not just in the country but in the African continent as a whole.

At least 13 people were killed and 45 were hospitalised on Friday after a devastating explosion ripped through Apiate in the Western Region.

It was a tragic road accident, with devastating consequences. A truck carrying explosives intended for mining collided with a motorcycle, setting off a blast that left a massive crater on the side of the road and reduced dozens of buildings to dust-covered heaps of wood and metal. Hundreds of homes were affected, many of them flattened.

Rescue workers were still wading through rubble on Friday in the hope of finding buried survivors, but more often than not, they were retrieving lifeless bodies. One of the most unbelievable moments was how rescuers made up of the military,Police and the Fire Services rescued a Pregnant goat.

Speaking on Hot 93.9FM’s political talk show,’Dwene Ho Biom’,hosted by Agya Wusu, Hot FM’s reporter,Akoa Paul revealed that the pregnant goat was buried alive together with some two persons by the explosion but survived:

“One of the strangest things that has happened is, the town is left with only two fowls …another thing is while the Fire service and the other rescuers were searching for other bodies, they heard a strange noise so they realised that the noise was emanating from beneath the debris To their outer dismay, they found out that there were two persons with a pregnant goat buried alive …the two persons were dead but the pregnant goat was alive.”. He reported.

According to Akoa Paul, a goil filling station in the area also survived the explosion even though all the houses around it were affected.