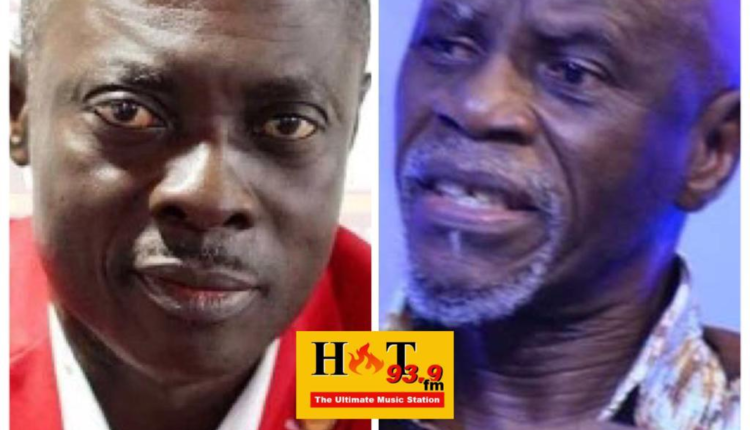 Founder and leader of Life Assembly Worship Center, Reverend Christian Andrew who is also known as Osofo Kyiri Abosom, has rained curses on a group led by lawyer Akoto Ampaw over a memorandum they filed to Parliament seeking the rejection of the proposed Anti-LGBTQ+ bill

The Bill initiated by some six Members of Parliament which includes Hon. Sam George, seeking to criminalise lesbianism and gayism in Ghana, has been kicked against by a group of 18 concerned Ghanaians.

The “Promotion of Proper Human Sexual Rights and Ghanaian Family Values Bill,” which is currently before Parliament, according to the group which has kicked against it, when passed into law would erode fundamental human rights as enshrined in the 1992 constitution, and send Ghana to the dark ages of lawlessness.

Expressing his views on the issue in an interview on ‘HardBall’ – a political talk show hosted by Kwabena Owusu Agyemang on Accra-based Hot 93.9FM, Osofo Kyiri Abosom rained Curses on the opposing group by indicating that:

” If it’s true that these people, including lawyers, have truly filed the memorandum against the anti-LGBTQ+Bill then tell them that I, Osofo Kyiri Abosom, say they are mad…they are not normal human beings…God should punish them severely…I curse them…God should kill them from this planet Earth….They would die a shameful death. “He told Kwabena Owusu

The overly fumed man of God who went into the 2020 general elections on the ticket of his own Party , Ghana Union Movement (GUM) affirmed extensively that:

“The whites have deceived us for far too long…they made us accept that a man should marry only one woman and now most women are there without husbands. Our fathers married eight wives, Six wives but they built huge houses, huge factories…. But now these whites have imposed Condoms on us and now people are flinging their sperm away by wearing these condoms which have brought curses on us”.

He emphasised without mincing words that the opposers are not right-thinking persons because they  realised that a man and a woman had sex before they were born.

How Adwoa Safo ‘Disappeared’ After Clash With Courage Quarshigah’s Wife