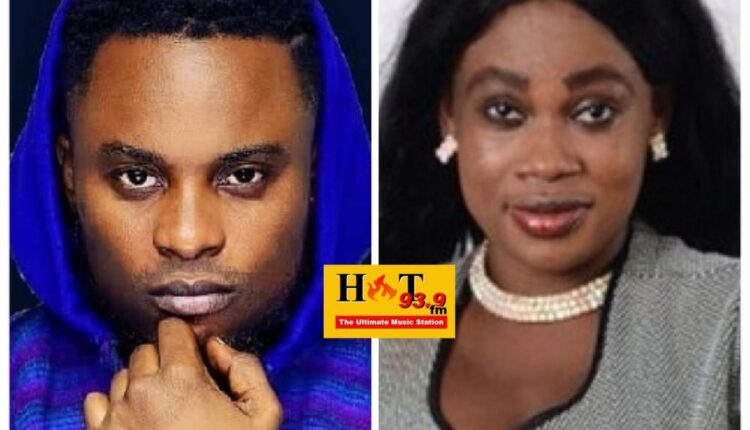 Joseph Matthew who is also known as JM has changed the spectrum of the Ghanaian gospel music scene with his style of singing; a distinctive contemporary sound— a mixture of Ghanaian highlife, contemporary Afro beats and Rap.

The UK-based Ghanaian afro gospel artiste is currently out with his newest single track titled ‘The Name’. The song, which is receiving massive airplay, encourages Christians to be strong in the Lord.

While playing the song on his Top Ten Countdown show on Adom FM on Sunday, Kwamena Idan advised Philipa Baafi who was in the studios to promote her new song dubbed ‘The Privilege’ to rap in her next songs like how Joseph Matthew does in his songs.

“Joseph Matthew’s ‘The Name’ song and the video are very unique ….He shot the video in the UK; it’s a great video… Philipa, next time rap in your song like Joseph Matthew… I will give him to you…Do you understand? “.Kwamena Idan said.

Philipa Baafi who has been in the gospel music scene for more than two decades with much elation answered by saying ,” Hahaha, Okay, I have heard You…I understand what you mean hahaha”.