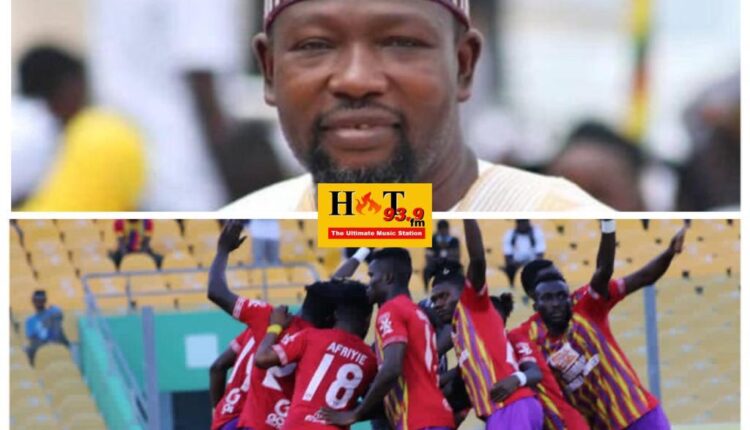 Hearts of Oak who are poised in winning their second CAF Champions League prophy this year  will face Moroccan giants Wydad Casablanca on Sunday October 17, 2021 at the Accra Sports Stadium in a playoff encounter for a place in the CAF elite inter-club competition’s group round.
Speaking about Hearts’ chances in their game against the Moroccan team in an interview on ‘Hot Focal Sports show on Accra-based Hot 93.9FM, Aziz Futa said it would be difficult for the Phobians to win the Champions league  this year.
According to Aziz , Hearts need to maintain their current players for at least three to four years to stand a preferable chance of winning the Cup.
“” it will be very difficult for Hearts to say they are going to bring the cup, we need to maintain these players for at least three (3) or four (4) years to be able to win it and this is the reality” .Aziz told the host Stonchist D’Blakk Soulja
0
Share