Black Stars coach Otto Addo has handed a starting role to debutant Abdul Samed Salis and Hearts of Oak’s Daniel Afriyie Barnieh as he named a strong starting eleven for the international friendly against Switzerland.

With the absence of first-choice goalkeepers Jojo Wollacot and Richard Ofori, the gaffer has nominated Lawrence Ati Zigi for a place between the sticks.

Tariq Lamptey and Baba Rahman will fill the right and left side of the defense with Mohammed Salisu partnering with Daniel Amartey in the heart of the defense.

RC Lens midfielder Abdul Samed Salis will line up in midfield with Gent’s Elisha Owusu with Andre Ayew and his brother Jordan playing on the flanks.

The attack will be spearheaded by Inaki Williams with Barnieh supporting. 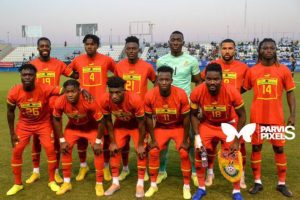 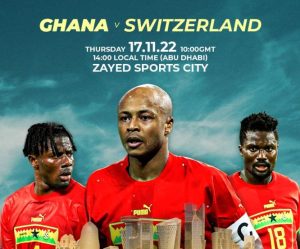 Video: Animals Also Dream, I Have Seen A Dog Dreaming Before – Spiritual Teacher

8 Arrested Over Galamsey In Banda Nkwanta