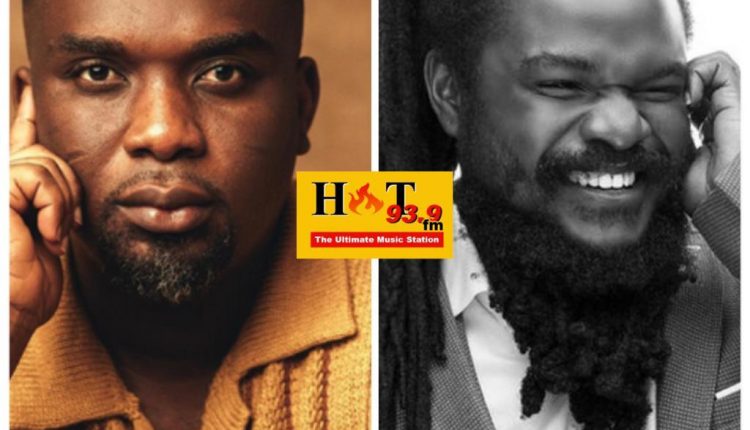 Award-winning Ghanaian dancehall artiste, Ras Kuuku has hit back at Gospel Musician Joe Mettle after the latter said he only got to hear of him when his VGMA plaque got missing.

According to him, Joe Mettle has lost his steam and will want a revival hence the decision to jab him in his recent interview. Ras Kuuku says it’s imperative that the Gospel Musician gets serious and stops the jokes because he represents something higher.

He should sit and listen to me’mpaebo and compare it to his other songs and see if it matches up to his songs.
As for Rasta, if you bring your pastor stuff I will beat you hands down,” he retorted when he was told Joe Mettle is a big brand.

He continued while speaking on Accra-based Asempa FM’s entertainment show hosted by Obidumbie Adu Kumi, “I’m shocked that he could go and sit there and engage in a concert party.

Someone who does gospel should not engage in such jokes. If you look at Cecilia Marfo and Esther Smith they didn’t joke so don’t bring those jokes to my side”.
It would be recalled that Joe Mettle in an interview with Accra-based Hitz FM said “I didn’t know Ras Kuuku until his award got missing.”

He continued “The point is, no matter who appears in the category, there have been years where people are said not to deserve to be in a particular category; every year, it does come up, so I don’t feel like this is new in terms of how some people feel”.

This was in response to claims by Ras Kuuku that he never knew Joe Mettle existed until he got nominated for Artiste of the Year by Vodafone Ghana Music Awards in 2017.

listen to Ras Kuuku’s submission below

Samuel Boadu To Be Sacked After FA CUP Final; Expatriate Coach To Replace Him