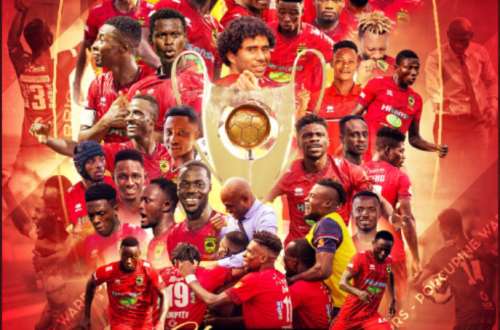 The Porcupine Warriors clinched the title with three matches left to play as they sit at the summit of the league table with 60 points, 10 points above second-placed Bechem United after 31 matches played.

Speaking in an exclusive interview on Hot 93.9FM’s Focal Sports’ show hosted by Stonchist D’Blakk Soulja, Sarfo Gyamfi who was answering a question in line with how much he believes the players should be given for winning the league said:

”  For me, the players did so well … I think the board promised the players five thousand dollars each (5,000 dollars) . I am reliably informed that the board are preparing to reward the players as they promised”.He alleged

The legendary former Kotoko Midfielder advised that,” The board has to be maintained… they’re doing so well, no need to change them”.

Sarfo Gyamfi was part of the Black Stars’ squad that participated at the 1992 Africa Cup of Nations where Ghana reached the final. He has played professional football in Ghana, Nigeria and Europe.