Video: ‘Barreto Should Bow His Head In Shame;He Is A Failure’-Kotoko’s Nana Kwame 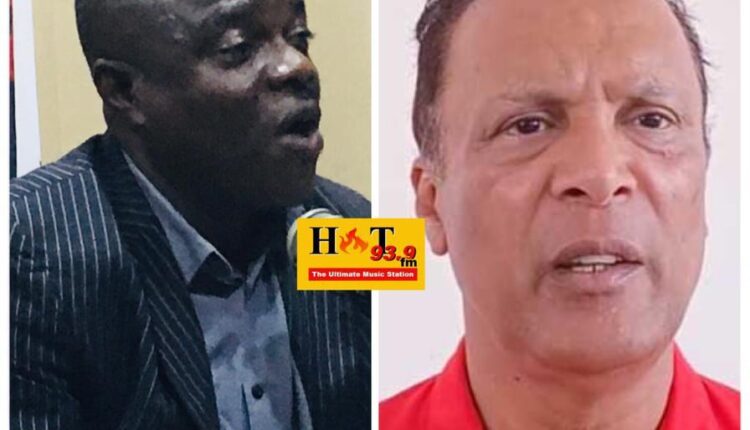 Former Management Member of Kumasi Asante Kotoko ,Nana Kwame Dankwah has taken a swipe at the head coach of the Kumasi-based club for slamming some supporters of the Club. Kotoko, on Sunday were booted out of the MTN FA Cup by Berekum Chelsea at the Obuasi Len Clay Stadium.

The defeat meant that Barreto and his charges’ hope to win a silverware were extinguished after they lost out on a 4-5 shootout. Asante Kotoko thus ended the season trophyless for the first time since 2015.

Speaking after the game, the Portuguese trainer astonishingly revealed that a section of the Porcupine Warriors fans threatened the players hours before the encounter at the team’s hotel which prevented the players from winning the game.

“I’m sure most fans of Kotoko are happy we lost…some so-called fans of our team came to the team hotel and insulted the players and the playing body….The players didn’t want to play but we psyched them to play,” Barreto said.

He added, “The supporters are always insulting the team…we lost today and I know they’re very happy…they did everything for us not to win… they got what they really wanted.” Mariano Barreto stressed,” I congratulate those supporters for wishing our downfall… but for the real supporters, I say they shouldn’t be ashamed at all”.

Reacting to Coach Mariano Barreto’s allegations as a panelist on Hot Focal Sports – hosted by astute sports journalist,Stonchist D’Blakk Soulja on Accra-based Hot 93.9FM , the former Management Member of Kotoko, Nana Kwame Dankwah accentuated angrily that, the former is a failure and should bow down his head in shame.

According to Nana Kwame,”even though I wasn’t in Obuasi , this is not the first time supporters had gone to the Kotoko camp, and Barreto can not tell me ever since he became the coach of Kotoko – supporters have not barged into the camp before… this is not news at all”, “National Circles Council led by Christopher Damenya, we had wanted to also visit the camp of the team because we realised that the morale of the team had dwindled after playing Hearts of Oak but something prevented us from going…looking at the team now, Mariano Barreto must bow down his head in shame.”. Nana Kwame fumed.

Nana Kwame ,who is the deputy Chairman of Kotoko’s National Circles Council and head of Sports at Hot 93.9FM emphasised that,”If the supporters went there to misbehave then something must be done but there is nothing amiss for them to express their worries about the abysmal performance of the team…He(Mariano Barreto)is just a failure”.