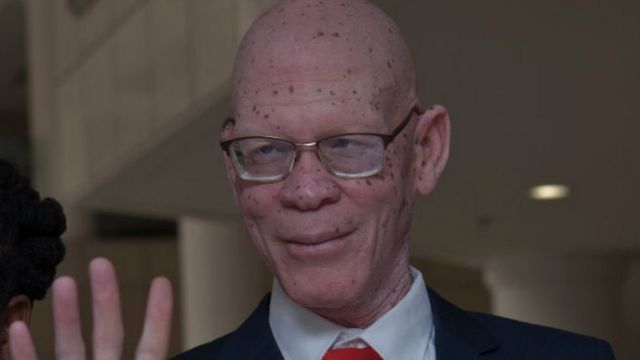 Malawi’s Parliament on Monday welcomed the country’s first ever elected albino lawmaker when it reconvened after months of recess. The presence of Overstone Kondowe in Malawi’s national assembly, is seen as a victory for albinos who have faced attacks in this southern African country since 2014. 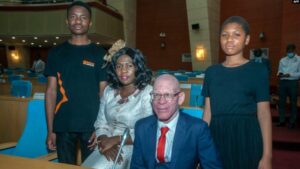 Until last Thursday, when he took the oath of office in the capital, Lilongwe, Kondowe was President Lazarus Chakwera’s special adviser on persons with albinism and disabilities.

The move, following a by-election two weeks ago, comes amid continued attacks on people with albinism in Malawi.

Police records show that in the last four months, there were seven attacks on albinos, including killings, attempted abductions and physical violence. Separately, grave robbers have exhumed corpses to retrieve albinos’ bodies.

Kondowe is also the former president of the Association of Persons with Albinism in Malawi or APAM. He says that as a lawmaker in the national assembly, he will pursue his fight against incidents targeting albinos. 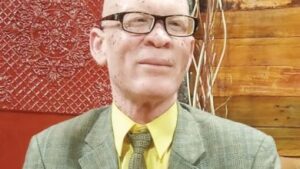 “Let me assure them that I will do to the maximum of my potential to make sure that we should also have programs, like what South Africa put in place,” said Kondowe. “I am ready to do that. And I have also demonstrated my ability to do so when I was acting outside the system. Now, that I am in the center of the system, I am sure change is coming, not tomorrow, but today.”

The statistics show that since 2014, more than 170 albinos have been attacked in Malawi because of false beliefs that concoctions mixed with their body parts bring luck and wealth.

To help stop the attacks, Malawian courts have imposed stiffer punishments on perpetrators.

For example, two weeks ago, the High Court in northern Malawi sentenced two men to life in prison with hard labor for killing a 54-year-old albino.

Young Muhamba is the current president of the APAM.

He says the election of Kondowe to parliament sends a clear message that albinos are equal to other Malawians.

Muhamba says the association is currently pushing the government to start implementing its program of constructing houses for people with albinism as a security measure.

Simon Munde is acting executive director of the Federation of Disability Organization in Malawi.

Munde says he believes that Kondowe, a member of the ruling Malawi Congress Party, will also represent people with disabilities.

“We have faith in him,” said Munde. “The fact that he is quite an advocate, he has even done it when he was presidential adviser on disabilities, and we are not doubting in any way that that kind of spirit will continue with it as now he will be able to speak within the legislative assembly.”

Munde said the election of Kondowe to parliament should send a message to other public or private institutions that disability does not equate to inability.

5 Things Woman Will Never Do If She Truly Loves You