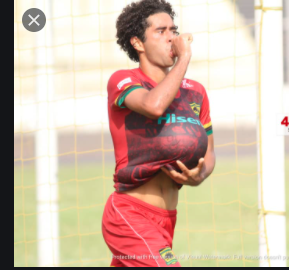 Asante Kotoko produced a spirited performance in Obuasi as they thumped Bechem in their Ghana Premier League outstanding game at their newly adopted home grounds, the Len Clay Stadium.

Brazilian midfielder Fabio Gama and striker Vinicius Michael were all on target.  Ismail Abdul Ganiu opened the scoring in the 13th minute when his strike from 25 yards ended at the back of the net beating goalkeeper Daniel Afadwo in post.

Having dominated play in a 4-1-4-1 system deployed by Portuguese coach Mariano Barreto, the porcupines controlled the entire proceedings leaving their opponents to chase their shadows.

Fabio Gama made it 2 before the end of the first half after Augustine Okrah released a sweet pass in the box for the Brazillian to slot home coolly.

The Porcupines made it three just at the hour mark with new boy Andy Kumi Francis opening his Kotoko account with a delicious header.

The gaffer introduced another new boy, this time Brazillian Vinicius Michael into the game with only 10 minutes left, the former Fluminense attacker connected home with his first touch of the ball to condemn the Hunters off the Obuasi forest with no hope and dejected back home.

Second Accused In Kasoa Ritual Murder Case Was Once Arrested For Stealing $10,000